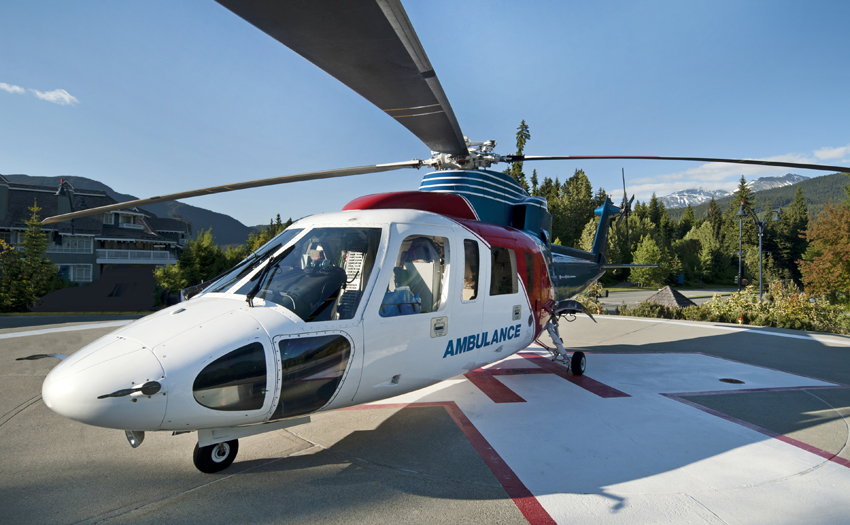 Working with the First Nations Health Authority (FNHA), the team of OEI and Stantec has completed the first phase in FNHA’s road map to medical evacuation infrastructure for First Nation communities across BC. The team’s recommendations include developing a test site heliport at a BC First Nation. The plan is for the FNHA to begin planning this first site at Kitasoo, a coastal First Nation in the heart of the Great Bear Rainforest, immediately.

The FNHA initiated the project in early 2021 in response to calls for improvement to medical evacuations from First Nations communities. The Authority is responsible for managing and funding health services for First Nations and Aboriginal people in BC, including improving medical outcomes for remote communities. A tripartite agreement between the Province of B.C., Canada, and BC First Nations set up this unique organization, which serves 203 First Nations across the province.

Previous analysis had identified six communities with acute transportation issues, and this project examined options for improving aviation infrastructure at communities throughout BC. The focus was on heliports, but airports, seaplanes, and marine vessels were also considered in the analysis.

Recommendations from the OEI-led project included initiating a test-case heliport, gathering base data on FNHA and passenger health travel, and developing a program for supporting aviation infrastructure at First Nation communities.

FNHA is responsible for planning, designing, managing, and funding health services for First Nations and Aboriginal people in BC. The FNHA’s community-based services focus on health promotion and disease prevention. It is the first and remains the only health authority of its kind in Canada.

Stantec is one of Canada’s largest professional services and engineering firms, with 22,000 employees, and 400 offices on six continents.